Jason has an ongoing mission:
to support people on their healing Journeys....

Total Biology is a science which identifies human illnesses and their behaviors by looking beyond simple symptomology. This concept brings together the knowledge of several scientific disciplines including the observation of plants, animals and human beings, throughout the evolution of life on the planet. In Total Biology, we understand disease as the perfect solution the brain created for the immediate survival of the person, their family and the human species! This understanding allows us to achieve healing using the biological laws discovered in 1978 by Dr. Hamer. Dr. Claude Sabbah used these biological laws as the basic structure in creating Total Biology. He added psychogenealogy, NLP (www.bioreprogramming.net), Frechet´s memorized cellular biological cycles and other techniques to form Total Biology which is the technique that Jason practices.

Total Biology is a collection of extraordinary discoveries that when combined offer a new dimension to human evolution. This new consciousness allows us to understand the emotional mechanics that give rise to illnesses and behaviors. The simplicity and precision with which the biological brain acts in order to achieve its unique objective, which is to keep us alive in the next instant, explains the occurrence of unusual biological responses, which we call "disease."  However, nothing in nature escapes biological law including disease. Diseases are all perfect survival programs flawlessly orchestrated and defined by the brain!

If we take into account the number of animals that rarely get sick while humans manifest diseases of all kinds, it is easy to understand that what sets us apart from them must be at the source of our diseases. Another interesting observation is that the incidence of cancer in mental institutions is almost zero. The patients have other ways of working out the stress of their conflicts! The automatic survival reflex of our brain that analyzes all data it receives, either through the senses or by analytical thinking is what programs future illness.

Each part of the body has specific codes. For example, bone problems are related to conflicts of devaluing or feeling devalued. Muscle pains are coded by conflicts in movement or moving forward. The code for cervical vertebrae is thinking one way and acting in a different way or having an important value and not honoring it with actions. Each vertebra has a specific conflict associated with it and the process of decoding is finding what happened in the person´s life (or in their parents´ lives) to program the illness.

Total Biology shows that the production of cancer cells for example is not a disorder but it is an extraordinarily precise solution to a conflict. The automatic brain does not think, it only collects and analyzes data with which it generates special survival programs when necessary. For the brain, it is the same as your stomach cell sensors telling you: "I cannot digest."  When a situation of strong stress that exceeds the level of tolerance is experienced with the following rational interpretation: "I cannot digest….what I did," the brain automatically sends the order to build the biological solution of survival to the "I cannot digest" conflict, i.e., gastritis or adenocarcinoma, depending on the level of stress.

All diseases have precise origins in conflicts.  Sometimes the conflicts are easy to find.  Sometimes they are carefully hidden in the subconscious mind and it takes more time to dig them out.  Negative emotions about an illness like fear and anger can strengthen the illness or create new illnesses.  When we understand that every illness is a biological solution to a conflict, we begin to heal.  This new consciousness also helps to prevent future illness as we process conflicts in a more healthy way.  Suffering in silence and holding on to resentment facilitate the programming of illness. Therefore, it is important to process and release feelings quickly so that they so do not generate or program future illness. 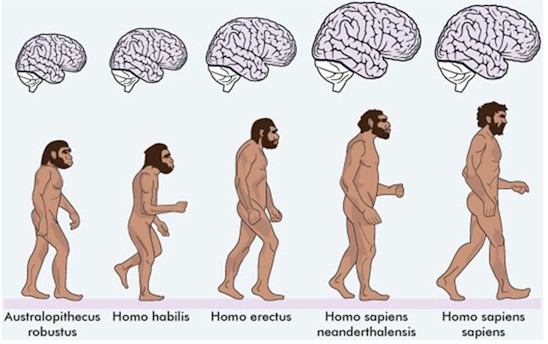 The theory of evolution in defining the appearance and the mutations of the species, comes from an obvious biological law.  Likewise in Total Biology each member of each species responds to the need for survival. For example, some of the basic conflicts that animals and human beings share include protecting their territory, fear of attack by predators and procuring food. We can speculate about the importance of our mind in the domain of biological adversities and their influence on the improvement of our life expectancy, but our biological brain deals with survival much better than our thinking mind does. Simple biological evolution only refers to the body and has led us to believe that everything ¨bad¨ that happens in our body - called disease - is an unnatural disorder against which we must combat the symptoms. Dr. Hamer’s discovery of the four biological laws of Total Biology was a great scientific advancement in understanding illness and healing. In the biological laws, every illness is a biological solution to a conflict!! We can use Total Biology to help people find the conflicts that programmed and triggered the disease. This process is called ¨decoding.¨ Once the brain understands, it can send the message to heal. Nothing happens in the body without an order from the brain, an order to become ill and an order to get well.

Check the Calendar for our activities.